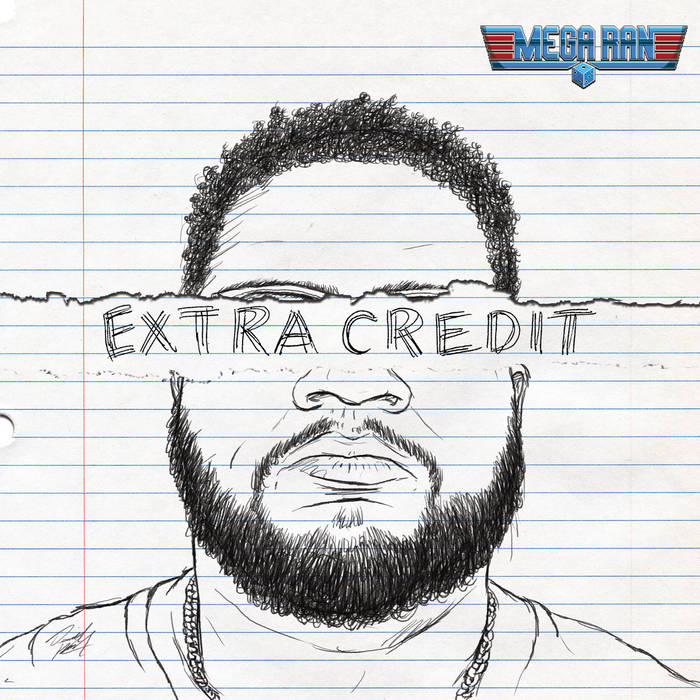 z_i_l_l_a After seeing the man perform live once, I was a fan. Humble, honest, damn good tunes you'll be quoting time and time again. Another solid addition to an already impressive catalog of work. Big ups to Mega Ran, from 8-bit to 808s!!! Favorite track: Airplane Mode (on the go) [prod. by Charlie Mumbles].

Aaron "ProtoBusterSwrd" Rodriguez Although I don't usually do Extra Credit, this Extra Credit is one I don't mind doing. Another solid album from our fave TeacherRapperHero. Keep on rappin', Ran!

daltron69 I love it. Can't wait to see you live again for the third time. Keep releasing great music dude.

Full of storytelling and craftsmanship, Mega Ran hops on tracks by DIBIA$E, Charlie Mumbles, K-Murdock and more, with tracks challenging our views of social media, aging in Hip-Hop, the music business, education and much more.

Mega Ran's love for classic literature continues with "Mockingbird," based on Harper Lee's timeless novel. He turns road life into a party on "Airplane Mode," while stopping to recruit the original teacher-rapper J-Live for a lesson on priorities on "Eyes On Your Own Paper."

The record ends on a mellow note with Ran giving thanks on "Wouldn't Miss It For The World," a gospel-tinged record with dedications to recently fallen collaborators Rustin (of the band Urizen) and Phoenix rapper Thaahum, who raps on "Defenders," a song he conceptualized and completed just days before his untimely passing.

"Extra Credit" also includes new remixes from 2015's critically acclaimed "RNDM" album, by Fingaz, Willie Green and Scottie Royal, who take classic tracks from those albums and make them new again from the ground up.

With its combination of depth and wit,"Extra Credit" will find a prominent place within Mega Ran's solid discography.

Mega Ran's "Extra Credit Tour" begins in Seattle at PAX West 9/1, and continues throughout the year until December.

Saxophone on "Eyes On Your Own Paper" by Emmanuel "1-Up" Aouad.